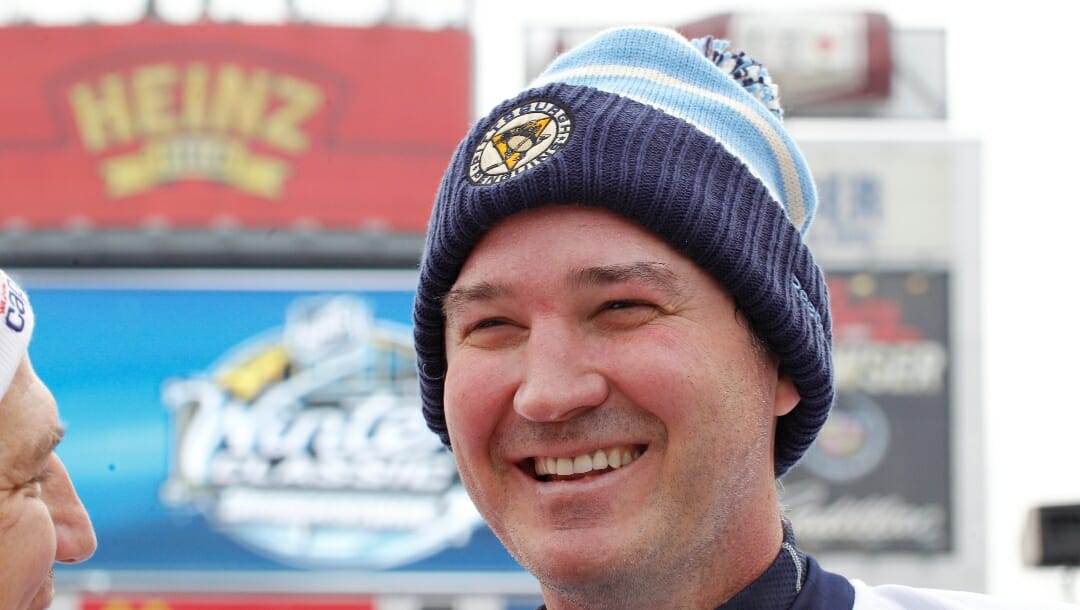 Eight of the 10 best  first overall draft picks led their team to at least one Stanley Cup, highlighting the invaluable impact one player can have on a franchise.

While NHL odds don’t drastically shift immediately after picking a player first overall, the likelihood of that team winning the Stanley Cup should significantly improve over time.

The Montreal Canadiens selected Juraj Slafkovsky first overall in the 2022 NHL entry draft and they hope he becomes as influential as some of the players on the list below.

Being selected as the first overall draft pick is as much an honor as it is a responsibility.

The best first overall draft picks alter the course of a franchise, over time turning them into perennial Stanley Cup contenders.

While some top picks are an abject failure, most enjoy successful NHL careers.

Only a select few become generational talents that put an entire city on their shoulders, eventually leading the team that drafted them to the promised land.

Every fan dreams of the day their team lands the first overall pick, as that anointed individual often provides the difference between mediocrity and long-term success.

Here are the 10 best first overall draft picks since the inaugural NHL entry draft in 1963.

Auston Matthews is one of two players on the top-10 list who hasn’t led his team to a Stanley Cup. However, the 24-year-old still has about 10 years to lead Toronto to the Holy Grail if he stays with the Maple Leafs.

While picking him might be considered by some as premature, Matthews has transformed how the Maple Leafs play hockey. Matthews’ offensive proficiency hasn’t yet translated into playoff success, but Toronto is making steps in the right direction.

The No. 10 spot was between Matthews and Mike Modano, the latter of whom was drafted first by the Minnesota North Stars in 1988.

Matthews, who has averaged 1.12 points per game since entering the NHL, is scoring at a slightly higher rate than Modano (1.09). But, of course, Modano played 1,499 games, almost 1,100 more than Matthews thus far.

While an entirely different generation, Matthews’ scored 60 goals last season, including 51 in a 50-game stretch. Modano only managed 50 goals in one of his 21 seasons.

If Matthews continues his current trajectory, he’ll become the most prolific American scorer. He also secured the 2021-22 Hart Trophy, something Modano was never able to do.

Nathan Mackinnon led the Colorado Avalanche to the 2021-22 Stanley Cup. After years of trying, Mackinnon’s perseverance and determination spurred Colorado on to their first Stanley Cup since 2001.

In 2013-14, MacKinnon was the best rookie and won the Calder Trophy. He also won the 2019-20 Lady Bing, awarded to the player showcasing the most sportsmanship. It feels like the tip of the iceberg for MacKinnon, whose influence on the Avs should one day parallel Joe Sakic’s.

Like Matthews, McDavid has yet to lead the Oilers to the Stanley Cup. It’s about the only thing McDavid hasn’t done since being selected No. 1 in 2015. McDavid has won the Hart Trophy twice, the Art Ross four times, and the Ted Lindsay Award three times.

He has eclipsed the 100-point mark five times, including in just 56 games during the abbreviated 2020-21 campaign.

The only reason McDavid isn’t way higher up the list is the absence of a Stanley Cup.

Based on a remarkable ability to lift his level and produce when it matters most, it’s only a matter of time before he adds the Holy Grail and Conn Smythe to his accolade-filled resume.

Tampa’s captain also propelled his team to the Stanley Cup final in 2014-15 and 2021-22, where they were beaten by the Chicago Blackhawks and Colorado Avalanche, respectively. In addition, Stamkos won the Rocket Richard Trophy twice, in 2009-10 and 2011-12.

While he hasn’t won the Hart Trophy or Conn Smythe, Stamkos has all the invaluable intangibles of a born leader. He does all the little things, perpetually putting his team first.

Stamkos also helped the Lightning advance to the Eastern Conference final in his third NHL season, laying the foundation for what has turned into an illustrious career.

Patrick Kane had an almost immediate impact on the Blackhawks franchise. They missed the playoffs in eight of 10 seasons before his arrival. The other two seasons saw the Blackhawks eliminated from the first round of the postseason.

However, the Blackhawks made it to the Western Conference final in Kane’s second season and won the Stanley Cup in 2009-10, his third year as a professional. That was Kane’s first of three Stanley Cups, won in six years, with the Blackhawks.

Denis Potvin won four Stanley Cups as an integral member of the New York Islanders’ early-1980s dynasty. Not only did he win four Cups, but Potvin also appeared in four Eastern Conference finals and lost in the 1983-84 Stanley Cup final to the Edmonton Oilers.

In addition to leading his team to unparalleled success, he won three Norris Trophies and a Calder Trophy.

Potvin notched 1,052 points in 1,060 NHL games and is seventh on the defensemen’s all-time scoring list.

He is also on pace to surpass Wayne Gretzky during the 2024-25 campaign for most goals scored.

Sid the Kid was the Pittsburgh Penguins’ second coming. Drafted in 2005, Sidney Crosby took the NHL by storm. He won the Art Ross Trophy and the Hart Trophy in his second season and lifted his first Stanley Cup aloft during his fourth NHL season.

He has the most playoff points of all active players, has scored 1,108 points in 892 games and isn’t done yet.

The Habs drafted Guy Lafleur in 1971. It didn’t take long for the Flower to taste success as a professional, with the Montreal Canadiens winning the Stanley Cup during his second NHL season.

That was the first of his five Stanley Cup triumphs during a decade of glory for the Habs. Lafleur also won the Art Ross and Ted Lindsay Award three times each, the Hart Trophy twice, and the Conns Smythe.

He scored 1,126 points in just 793 NHL games. While there was less competition and fewer teams vying for the Stanley Cup, nobody can question Lafleur’s immeasurable impact on the Canadiens.

As if there was any doubt about who would wear the crown as the most important first overall pick. Mario Lemieux saved the Pittsburgh Penguins franchise not once, twice, but thrice.

The first was down to his on-ice magnificence. The Pens were in financial peril when they hit the Lemieux jackpot. Le Magnifique scored a goal on his first NHL shift, an obvious sign of what was coming.

As if that’s not enough, Lemieux was scoring points at a rate comparable to Gretzky and, had injuries not cut his career short, would have rivaled the Great One’s unmatched stats.

Lemieux also had an unquantifiable impact on the Pens after he hung up the skates. He saved the franchise from bankruptcy when he became an owner in 1999 and, eight years later, in 2007, ensured the Pens didn’t relocate to Kansas City.

To say Lemieux is the best first overall draft pick undersells his impact on the Pens franchise. Thanks to his genius both on and off the ice, he is the savior of a franchise that has won five Stanley Cups.