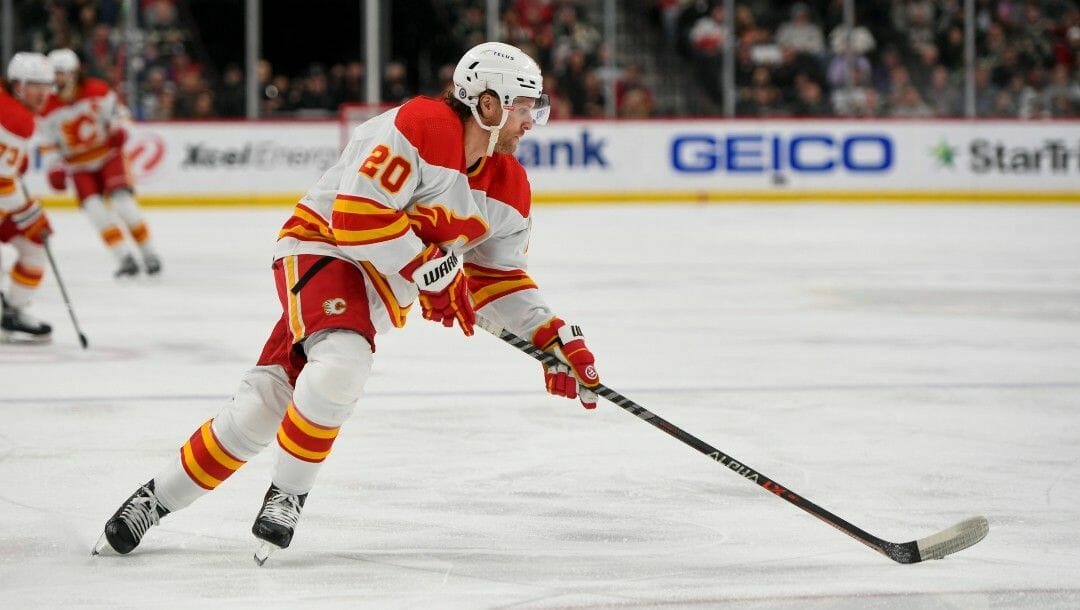 If you needed a reminder of the Flames’ ability to win a tight checking, dogged, low-scoring playoff tussle, Tuesday’s 1-0 win over the Dallas Stars in Game 1 provided precisely that.

According to NHL playoff odds, the Calgary Flames are now prohibitive -770 favorites to advance to the second round. Their NHL betting lines changed drastically, from -303 prior to Game 1.

Winning Game 1 is especially important for a Flames franchise whose playoff success is almost entirely predicated on securing a victory in the series opener.

Calgary has won eight series and suffered six defeats when winning the opening game. Compare that modest mark to an abominable 4-16 series record after a Game 1 loss.

Darryl Sutter’s playoff-hockey blueprint was on full display in Calgary, as the Flames limited the Stars to just 16 shots and a paltry .83 five-on-five expected goals.

Aside from the home team’s unrelenting even-strength forecheck, the Flames were also able to keep the visitors’ power-play at bay. Riddled with minor penalties, the physically charged game saw both teams have five power-play opportunities.

In five attempts, Dallas had just six shots on target to go along with a measly .07 expected goals.

While the Flames did a masterful job of limiting the Stars’ power-play chances, they won’t want to tempt fate again in Game 2. Expect a much more disciplined outing from both teams.

The Stars were missing power-play specialist John Klingberg for the majority of the game after he and Calgary’s Rasmus Andersson received match penalties for being in the second fight at the end of the first.

Both players are as valuable to their respective special teams, so their absences impacted each team equally.

The Flames’ regular-season success was primarily based on their propensity to score the opening goal, which they did 54 times, the most of any NHL team.

Scoring the first goal in Game 1 so early – thanks to an Elias Lindholm power-play marker just 5:01 into the first – allowed the Flames the ability to execute Sutter’s suffocating game plan.

Had the Stars scored first, the contest would have panned out in an entirely different manner.

The Stars were 13-20-4 in the regular season when conceding first, a stat that highlights how crucial it is for both teams to open the account.

The Flames managed the game expertly but weren’t able to score the second goal, causing a few nervy moments for the home side.

It wasn’t for lack of trying, as Dallas’ Jakob Oettinger stood on his head in his first ever playoff start. Oettinger was sensational, but the Flames need to be more clinical or are in danger of providing Dallas the oxygen they’ll require to make this a long, grueling series.

Expect the Flames to be more clinical in Game 2. The Stars will also be much better offensively. That’s not to say the Flames’ defense will regress, as Sutter won’t allow his team to lose concentration or become complacent.

Thanks to being more ruthless in front of the goal and a continuation of their commitment to team defense, look for the Flames to win Game 2 in a higher scoring affair.