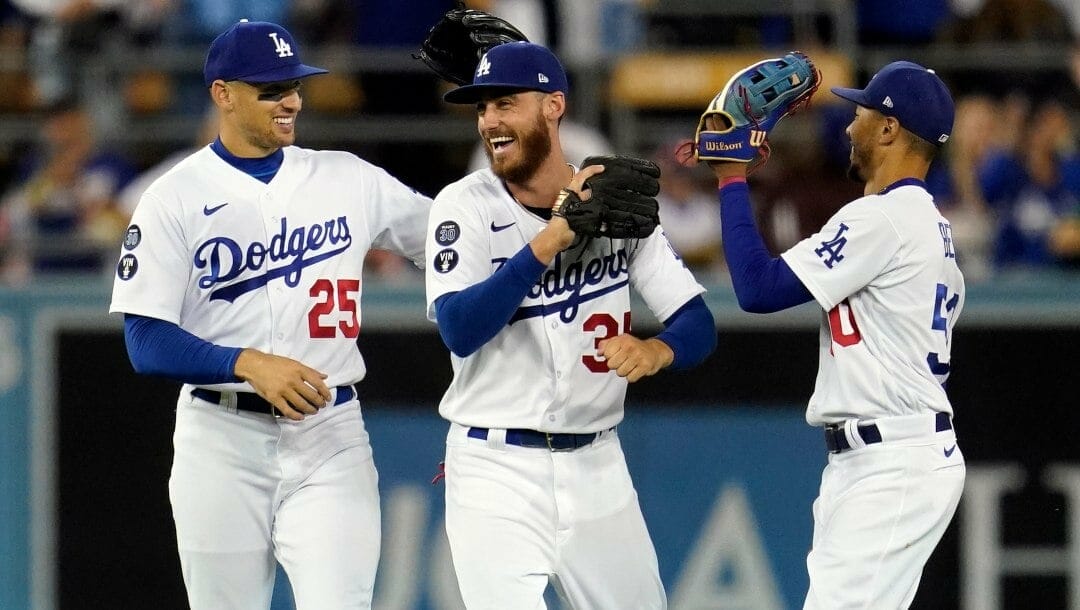 The postseason continues on Tuesday, Oct. 11, with the Division Series, and if you enjoyed the drama of the first round, it’s only getting better. The top two regular-season division winners from each league received a bye in the first round, but these teams will now return to meet the winners of the Wild Card Series — two from each league — to decide who will continue on in the playoffs.

In the NL, the Padres will take on the Dodgers for a five-game Division Series split between Dodger Stadium in Los Angeles (Games 1, 2, and 5) and Petco Park in San Diego (Games 3 and 4). The winner of this matchup will advance to the NL Championship Series to take on the winner of the Phillies-Braves series.

Question: Can you hit it to the Crone Zone?
Answer: No. #TimeToShine pic.twitter.com/yq5fG91t62

I predict the Dodgers will win the NL Division Series against the Padres in five games.

As the top-ranked division winner in the NL (as well as the MLB), the Dodgers received a bye in the Wild Card round, so this will be their first appearance in the 2022 playoffs.

Los Angeles has had a phenomenal year, finishing the regular season at 111-51 to take the title of most wins in franchise history and arguably even the greatest Dodgers team ever. With an incredible run differential of +334, the team led the MLB in runs (847), RBI (812), OBP (.333), and OPS (.775) — and the impressive stats don’t end there.

First baseman Freddie Freeman topped the majors with the most hits (199) and doubles (47), and had the second-highest batting average (.325). Freeman and right fielder Mookie Betts tied for the second-most runs scored in the league (117), and pitcher Julio Urias had the second-lowest ERA (2.16).

Will makes it look easy. pic.twitter.com/FSZWQHfaZq

The Padres were arguably the most aggressive team at the MLB Trade Deadline, making some big moves to help them in the second half of the season. Unfortunately, it didn’t exactly work out as spectacularly as they’d hoped.

Between Juan Soto not yet being the difference-maker they were hoping for and Fernando Tatís Jr. being suspended for PEDs, the Padres were lucky to hold on to a Wild Card spot to advance to the playoffs.

In the Wild Card Series, the Padres beat the New York Mets in three games to advance, scoring 7-1 and 6-0 victories in the first and third games, respectively.

Considering the Mets ended the regular season with a record of 101-61 compared to the Padres’ 89-73, this was a pretty big upset, and definitely proved that the Padres can’t be discounted as a pushover in the postseason.

Throughout the regular season, the Padres and Dodgers met 19 times, and the Dodgers won 14 games. The Padres only recorded five wins — three at home and two away — which isn’t great considering the series will start in Los Angeles.

While the first round of the playoffs showed the Padres’ potential, I still don’t think they will be any match for the history-making Dodgers. Regardless, this will be a series to watch.