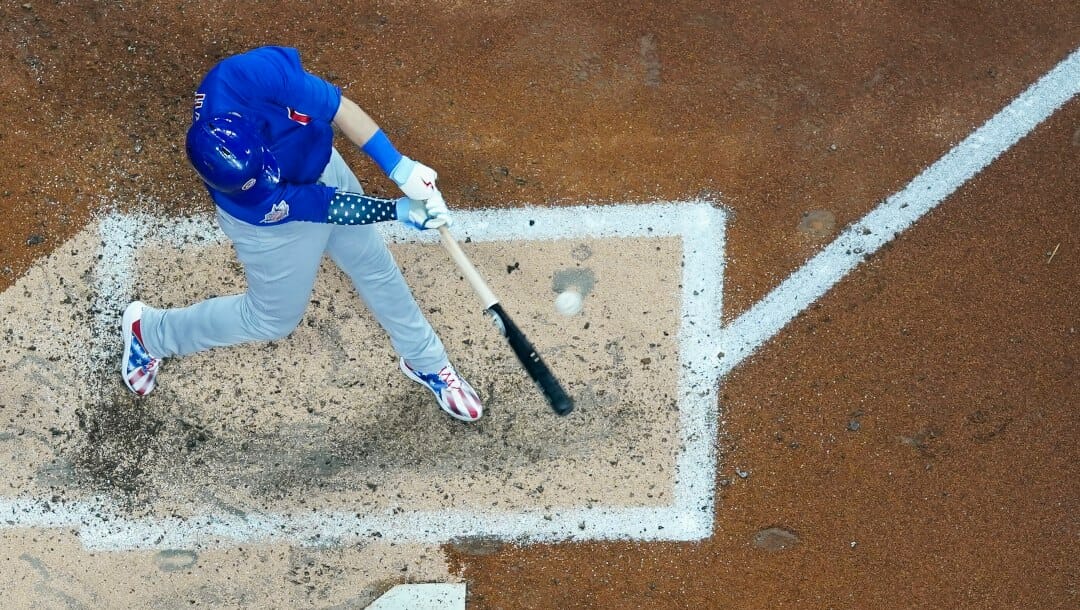 Ian Happ and Willson Contreras shared an emotional hug as they left Wrigley Field on Tuesday night, both aware it would likely be their final home game with the Chicago Cubs. With the MLB Trade Deadline just days away, Happ and Contreras are both big trade chips for the Cubs, and it is all but certain they will each be playing for other teams come August 2.

World Series odds have the Cubs effectively out of contention for this season’s baseball playoffs, so the team has turned its focus to their ongoing rebuild. While Juan Soto’s impending trade from the Nationals has dominated headlines over the last week, the switch-hitting Happ appears to be in just as high demand.

While he may not be as obvious a superstar as Soto, Happ is having one hell of a season with the Cubs. Batting .282 with an OPS of .812, the outfielder has smashed nine homers and 46 RBI. He’s a very solid bat who can play multiple outfield spots, which would benefit pretty much any roster — and he’s cost controlled.

Whichever team lands Happ will have him under club control through 2023. That’s particularly attractive for teams who don’t want a rental player for a few months but also aren’t ready to dole out a huge contract extension on a player whose value is potentially peaking right now.

Willson Contreras and Ian Happ share an emotional goodbye hug as they both expect to be playing somewhere else next week pic.twitter.com/jIYq9Stvce

Adding fuel to the trade rumor fire, Happ has stated the Cubs haven’t approached him with a contract extension, all but confirming he will be traded in the next week. So with the trade deadline looming, where could the outfielder be headed?

With Adam Duvall’s season officially over due to a torn tendon sheath in his left wrist, the Braves desperately need a replacement in the outfield. The Braves are currently in second place in the NL East and leading the NL Wild Card standings, so while they are likely to play in October, an acquisition like Happ will be needed to really contend.

A potential trade package from the Braves could include pitching prospect Kyle Muller as the centerpiece, though other than that, Atlanta’s farm system is not bursting with options. The Braves have been quite aggressive at the deadline over the past few seasons, leaving the prospect pool a little bare. If they want Happ, they’ll have to get creative.

The Padres have a talent-packed farm system that would be extremely attractive to a rebuilding team like the Cubs. A combination of prospects such as Robert Hassell III and Victor Lizarraga could be on the table as part of a trade package, as well as young shortstop C.J. Abrams.

With a record of 55-44, the Padres are still in contention for a Wild Card spot, but they need a big hitter to make a big difference in October. They are currently rumored to be still pursuing Soto from the Nationals, but since they are unlikely to be his preferred location when competing against the Yankees and Dodgers, Happ could fit the bill quite nicely.

The Blue Jays fired their manager, Charlie Montoyo, just before the All-Star Break, and I don’t know if that’s what lit a fire under them, but whatever it is, it’s working. With a record of 54-43, the Blue Jays are now leading the AL Wild Card standings and are likely to be quite aggressive buyers at the trade deadline.

As a switch-hitter, Happ could add a much-needed left-handed bat to Toronto’s lineup. The team admittedly already has a very strong outfield in George Springer, Lourdes Gurriel Jr., and Teoscar Hernández, but they are all right-handed, and Happ could fit in well as a designated hitter. As for a trade package, the Blue Jays have four prospects in MLB.com’s Top 100 List, and a good combination could definitely entice the Cubs.

Live sports betting is available during each MLB game this season. From first pitch through the final out, you can view updated run lines, over/under totals, and more live sports betting opportunities at the best online sportsbook.