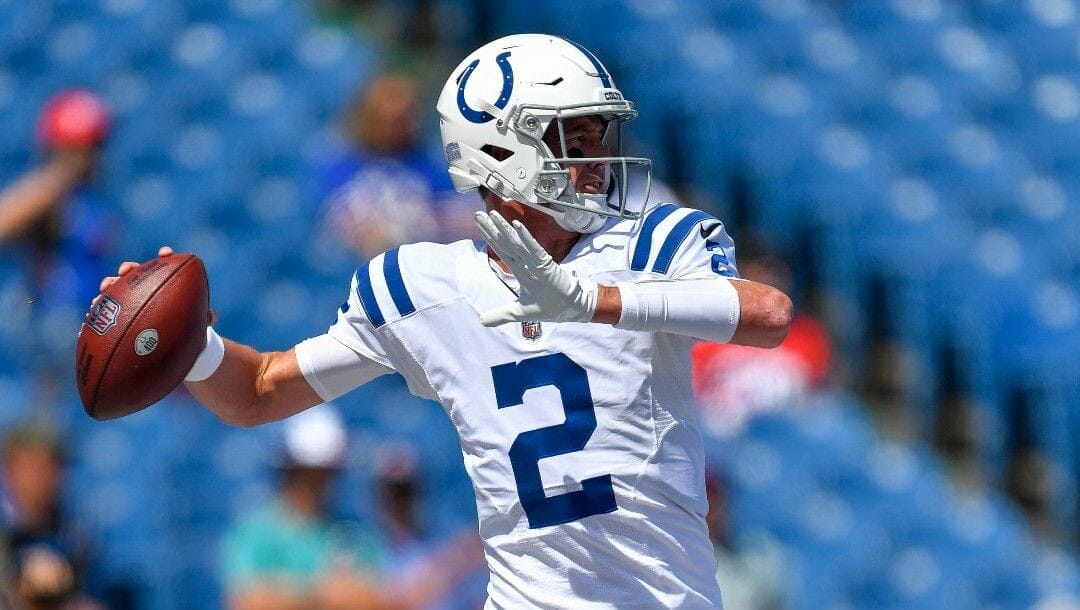 For the past few seasons, the Indianapolis Colts have cut corners at quarterback, preferring to roll the dice on inexperienced, under-appreciated, or past their prime pivots. You may be shocked to hear that it hasn’t paid off, with the Colts making the postseason just once since 2018, losing to the Buffalo Bills in the AFC Wild Card game.

What’s less shocking is they have employed the same strategy for the upcoming campaign, acquiring veteran quarterback Matt Ryan from the Atlanta Falcons in the offseason. They may be attracting sharp money in NFL betting, but it may be wise to head into 2022 with some reservations about the Colts.

Better men than me will sort out whether Ryan deserves a spot in Canton, but the Colts feel he had enough gas in the tank to make at least one more playoff run. You can’t fault Indianapolis for trying; their lone playoff run over the past three seasons came with veteran Philip Rivers under center.

Although Ryan remains an above-average option, his deteriorating numbers support that he’s in the twilight of his career.

Matt Ryan moving around in the pocket, and hits Big Mo👀#colts pic.twitter.com/4qHIcoowQp

The former MVPs’ yards per game have decreased over the last four years, despite Ryan holding steady with his pass attempts. Consequently, his yards per attempt have fallen from 8.1 to 7.1, and his total quarterback rating dropped from 65.7 to 46.1. Granted, his supporting cast in Atlanta did him no favors, but it’s evident that at age 37, he has fallen off his MVP-caliber status.

Another Potential MVP in the Mix

However, the Colts don’t need Ryan to be the game-changer he once was with Jonathan Taylor operating out of the backfield. Taylor is coming off a monumental season in which he led the NFL in rushing attempts, yards, touchdowns, and yards from scrimmage. Heading into his third season, expectations are even higher, although the Colts should temper expectations for the Wisconsin product.

Since 2013, seven different running backs have led the league in rushing yards. Only Derrick Henry could increase his total year-over-year, with all six other running backs decreasing their yardage total the following year.

Whether it’s longevity, opponents adapting to a runner’s style, or the rigors catching up with running backs, the evidence suggests that it’s nearly impossible to build off career years.

An indirect function of having a player like Taylor is forcing opponents to shift their focus towards the running game, creating space for wide receivers and the aerial attack. With only one above-average receiver, the Colts might not have the talent to take advantage.

Michael Pittman Jr. was the only wideout to haul in more than 384 yards last year. Moreover, they lost their second-leading receiver to free agency, meaning worse pass catchers will be asked to do more to lighten the burden on the Colts’ top players.

Indianapolis lacks the receiving depth to take the heat off of Pittman Jr. and Taylor.

The Colts’ win total and Super Bowl odds have been trending upwards on the strength of sharp money. Yet, Indianapolis is at a substantive disadvantage compared to several other AFC teams, and there are other options with similar roster composition but much longer odds on the board.

Considering their weak schedule and inferior division, we could see their odds and perceived value improve throughout the season, but the Colts are not a legitimate contender.