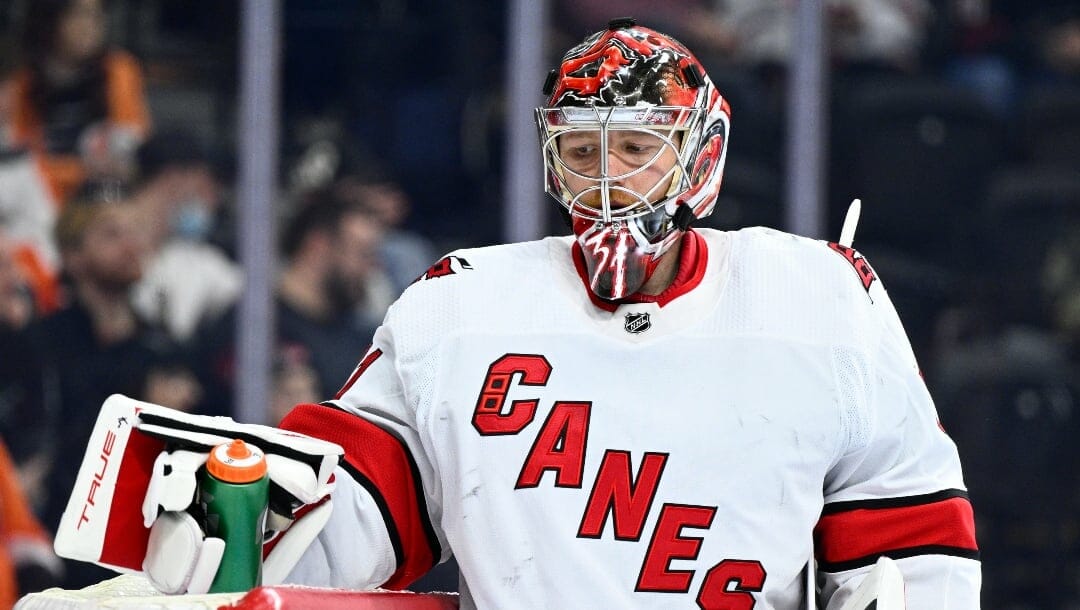 The NHL season is just over two weeks away, which is just enough time to get all your futures picks locked in, including one for each division winner.

According to NHL odds, the Avs (+425) are favorites to defend their Stanley Cup. However, while they have a deep and overwhelmingly talented lineup, Colorado has a few potential weaknesses they’ll have to navigate.

Each prospective division winner has a solid chance of upsetting the Avs apple cart.

The first step is finding a way to rise to the top of their respective divisions, which will take unwavering consistency, dogged determination, and, to maintain a clean bill of health, a morsel of good fortune.

The Tampa Bay Lightning, among the five early Stanley Cup favorites, is a perennial power that still has what it takes to win the Atlantic Division.

The Toronto Maple Leafs are favorites (+200) to win the division, while last season’s victors, the Florida Panthers, are nipping at the Buds’ heels (+225).

The race to top the Atlantic Division will be tight throughout, with three teams jostling for king-of-the-hill honors. However, you can hardly consider the Lightning underdogs; such is their depth of talent.

The only notable loss is Ondrej Palat, whose clutch playoff performances will be sorely missed. Palat, who will suit up for the Devils, has the third-most game-winning playoff goals of all active players.

However, the Lightning have arguably the world’s best goaltender (though the entire populous of New York would vehemently disagree) in Andrei Vasilevskiy.

The two-time Stanley Cup winner, one of a handful of netminders who have won the Conn Smythe and Vezina, is coming off an average 2021-22 regular season. He will be motivated to return to the elite best he showcased during Tampa’s run to the Stanley Cup final.

Jon Cooper is one of the best coaches in the league and has a crew of elite talent and proven winners at his disposal.

Nikita Kucherov missed half of the 2021-22 regular season with a lower-body injury and is healthy and raring to go, while Brayden Point, who endured a substantial injury in the playoffs, will also check in for training camp in top physical condition.

Steven Stamkos and Victor Hedman round out the superstar cast looking to usurp rivals Florida as Atlantic Division champs.

Toronto is stacked in most positions aside from where it matters the most, in goal. Matt Murray, acquired from Ottawa, and former Cap Ilya Samsonov lead the way between the pipes.

If Murray can stay healthy and recapture his Stanley Cup-winning form, the Maple Leafs will win the division. However, those two ifs are too precarious to ignore. For a more in-depth look at how the Atlantic Division will shape up, including the placement of each team, click here.

The defending Metropolitan Division winner, Carolina, is odds-on favorites to win it again in 2022-23. Depth is the name of the game for the Hurricanes, who are in an even better spot than they were at this time last year.

The Hurricanes lost Vincent Trocheck, who departed to the Big Apple to join the Rangers, while Max Domi landed in Chicago. Carolina made up for their departures by acquiring Brent Burns and Max Pacioretty in two of the most astute trades of the off-season.

In addition, Carolina has one of the most consistent, albeit injury-prone, netminders. Frederik Andersen returns for the season opener after missing the 2021-22 playoffs. Expect the Hurricanes to make a run at Lord Stanley if Andersen avoids the seemingly omnipresent injury bug.

The Colorado Avalanche are runaway favorites to win the Central Division. No other division points to one team so convincingly. But, then again, no other team could shrug off losing their No. 1 netminder like the Avalanche.

Darcy Kuemper landed in Washington to take on the heaping responsibility of returning the Caps to an Eastern Conference contender, leaving the Avs with last year’s backup Pavel Francouz and new addition Alexandar Georgiev, who was acquired from the Rangers.

Francouz performed admirably in the playoffs when Kuemper went down with two separate injuries, while Georgiev has untapped potential. Neither, however, has been a starting NHL goaltender.

When you’re as dominant as the Avs everywhere else on the ice, having two unproven netminders will more than suffice.

The Avs won the Central Division in 2021-22 by six points despite not having Landeskog for almost half the season. The captain returns with a clean bill of health, and so does MacKinnon, who missed 17 games last season.

Colorado has to make do without Nazem Kadri, who recently signed with the Flames. That loss will negatively impact the Avs more in the playoffs than in the regular season.

However, even without Kuemper and Kadri, the Avs are too dominant to relinquish their division crown.

The Calgary Flames, Edmonton Oilers, and Vegas Golden Knights are the three favorites in one of the toughest divisions to call.

The Flames endured a dizzying off-season that started like a Shakespearian tragedy. Their fortune turned quickly when Brad Treliving pulled several rabbits from a seemingly bottomless hat. Calgary more than offset the losses of Johnny Gaudreau and Tkachuk by obtaining Huberdeau, Weegar, and Kadri.

Kadri has more grit and playoff pedigree than both Gaudreau and Tkachuk, while Huberdeau is as prolific, if not more so, than Gaudreau. Kadri also has as many intangibles as Tkachuk but is fresh off a dominant playoffs, which saw him lift Lord Stanley aloft.

Vegas lost Pacioretty, one of the team’s most consistent offensive players, and has more questions than answers between the pipes.

Robert Lehner is out for the season, providing the platform for Logan Thompson to take the No. 1 reins. While the 24-year-old performed well last season, expectations and pressure will invariably mount in 2022-23. Whether he’s up to the task will soon be revealed.

So the division crown should be between the Oilers and Flames. Edmonton swatted aside Calgary in the second round of the 2021-22 playoffs and is favored to win the Pacific Division.

However, the Flames have a slight advantage on the blueline and in goal.

Jacob Markstrom was last season’s Vezina runner-up and will be motivated to replicate that superb campaign while putting the disappointing series against the Oilers behind him.

The Oilers acquired Jack Campbell from Toronto, and the spotlight will be on the new Oilers No. 1, who has everything to prove in the NHL’s northernmost city.

With Connor McDavid and Leon Draisaitl, two of the world’s most talented forwards, the Oilers have the undisputed advantage up front.

However, the division crown should stay in Calgary thanks to an overall, albeit marginal, defensive superiority.

For a more in-depth look at how the Pacific Division will shape up, including the placement of each team, click here.