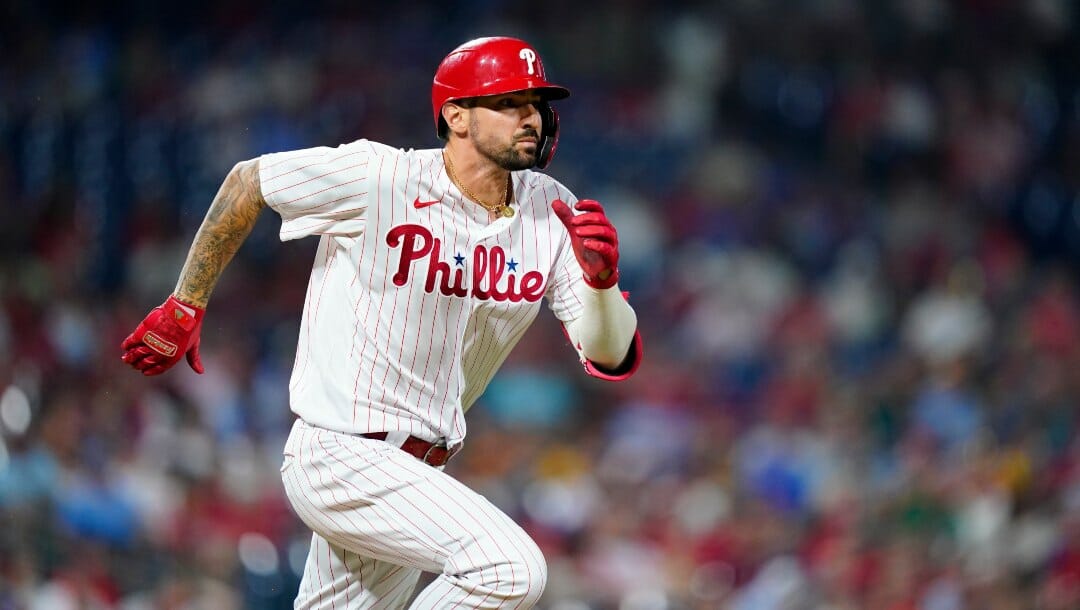 There are 16 games for Friday’s MLB slate (September 30), and we’ve identified a few favorable baseball player prop bets on the BetMGM Sportsbook that you could consider ahead of today’s action.

Batting .270 with an OBP of .310, Castellanos is having a good season — and he’s recorded eight hits, including one homer, in just his last seven games to prove it’s not slowing down. Against the Nationals, who are having a rather underwhelming year, I think Castellanos should be able to heat up at the plate.

This will be Washington pitcher Erick Fedde’s first time throwing to Castellanos this season. With an ERA of 5.34 and WHIP of 1.57, Fedde has had a rather unimpressive season, so I’m confident Castellanos can back up his solid year with two bases.

Seager is batting .246 with an OBP of .319 this season and has recorded eight hits, including one home run, in just his last seven games. Against the Angels, who are having a pretty underwhelming season, Seager should be able to bring his best stuff at the plate.

Los Angeles’ Reid Detmers will be starting on the mound tonight, and this will be his third time this season throwing to Seager, who has already gone yard off him this year. With an ERA of 3.88 and WHIP of 1.23 this season, Detmers is likely to be a challenge for Seager to overcome. Regardless, I think two bases is doable.

Looking to place a player prop bet on tonight’s MLB games? New users receive a risk-free bet up to $1,000: Bet now with BetMGM

Batting .294 this season with an OPS of .906, Harper has recorded six hits including one homer in his last seven games. Facing off against the Nationals, who are admittedly having a rather average season, I have a good feeling about Harper landing another hit tonight.

Having landed six hits in his last seven games, Freeman feels like a bit of a safe pick at this point, which is why I keep returning to him for Beat the Streak. The Dodgers’ first baseman is batting .327 with an OPS of .920, so knocking the ball around at least once against the Rockies tonight should be very doable.

Best Streak of the Season: 12

What is an MLB Prop Bet?

MLB player prop bets allow bettors to bet online on very specific aspects of a game involving a player outcome. You might choose to bet on how many hits your favorite player will record or whether or not a game will go to extra innings.

In contrast, traditional straight bets often allow bettors to take a position on games in ways that are commonly mentioned by gambling media and analysts. Common markets you may have heard of include the total or MLB run lines. Generally speaking, they are bets on the overall outcome of a game.

Exploring the MLB props page at your favorite online sportsbook is the best way to discover all the different types of props.

While there are a seemingly infinite number of potential MLB prop bets, the most popular are often player props that revolve around basic stat accumulation for star players. Things like:

Many player props are centered around betting whether or not a specific player will record over or under a specific number on a given baseball statistic.

These player props are great options in online sports betting for those who want to isolate their wager to one specific player, rather than gamble on the collective performance of a team. If you don’t like any of today’s MLB odds, you can always consider the player prop market.

You can bet any individual category as a single prop bet. Just take a look at the MLB standings, select a team, isolate a player and pick your prop.

What is the Most Popular MLB Player Prop Bet?

The top 10 most popular MLB player prop bet types are:

Most Popular MLB Players to bet on this season

The top 10 most popular MLB players bet on at the BetMGM sportsbook during the 2022 season are:

Unlike individual player props, MLB team prop bets are wagers on a specific element of a team’s performance. Rather than betting on a team’s game outcome with a total or run line, some bettors might choose to bet on a more granular detail of a game.

For instance, in a game between the Mets and Phillies, one bettor may choose to wager on which team will score first, or whether there will be a run scored in the first inning.

Much like the extensive marketplace for player props, there are a seemingly infinite number of team props available for savvy bettors. The best way to discover them all is by exploring the MLB Props page.

What is Beat the Streak?

Beat the Streak is a totally free-to-play contest where fans predict that a specific MLB player can get a hit in a specific game. If fans can build a streak of 57 consecutive correct picks (beating Joe DiMaggio’s famous 56-game hitting streak), they can win $5.6 Million.

Where can I play Beat the Streak?

You can play MLB’s Beat the Streak daily content in the MLB Play app, which is available in the Apple App Store and on Google Play.

Who can play Beat the Streak?

Beat the Streak is open only to legal residents of the United States and Canada (excluding Quebec) who are at least 21 years old at the time of registration.

What is the daily deadline to submit my Beat the Streak pick?

Picks must be in five (5) minutes prior to the scheduled start of the MLB game in which the pick is scheduled to appear. Once the deadline passes, the game considers your picks “locked” in.

Other Beat the Streak resources: